Thanks to all the OB Pier fans who have submitted stories, photos, and memories for your enjoyment below. If you have a memory, photo, or story to share, please do so using the "Pierbook" form. 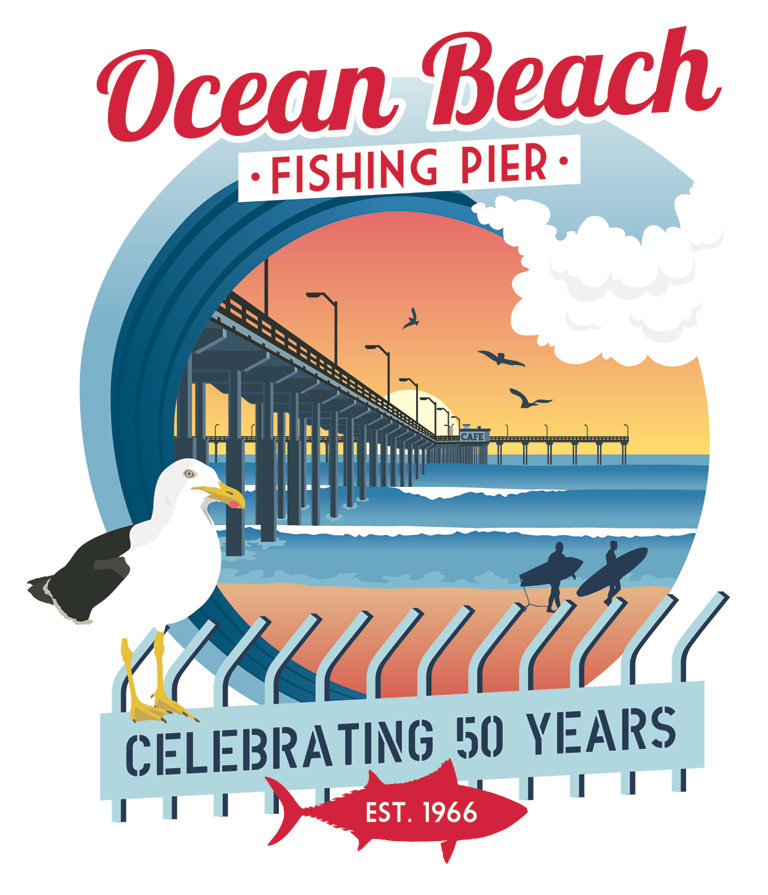 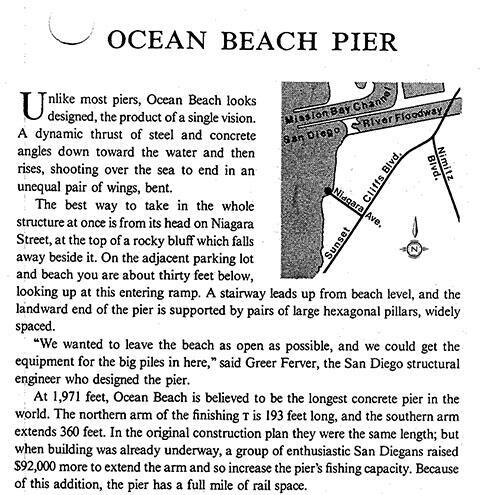 At 1,971 feet, Ocean Beach is believed to be the longest concrete pier in the world. The Northern arm of the finishing T is 193 feet long, and the Southern arm extends 360 feet. In the original construction plan they were the same length; but when building was already underway, a group of enthusiastic San Diegans raised $92,000 more to extend the arm and so increased the pier's fishing capacity. Because of this addition, the pier has a full mile of rail space. 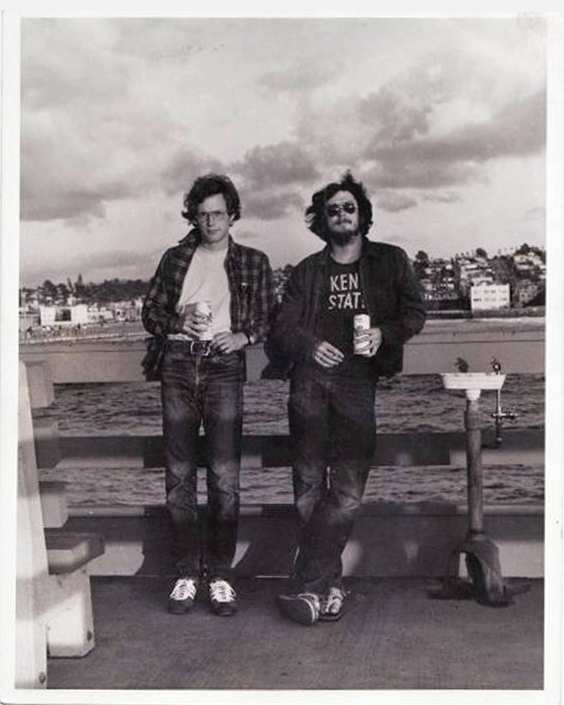 I was a Test Engineer, employed at the General Dynamics

I was a Test Engineer, employed at the General Dynamics Kearny Mesa facility from spring of 1977 to the beginning of summer of 1978. I worked on the Cruise Missile program there until GD and the Navy got into a budget spat, which caused me to be laid off. It was around this time that my best friend from our home state of Delaware, Malcolm Shealy, came to visit me in OB (I used to live at 5171 Long Branch, one building from the park & beach.).

Some years ago a wonderful improv group called The Grunion Players used to perform on weekend evenings in the OB Pier cafe. Great venue for the half dozen actors and good food/beverage sales for the restaurant. Wish the present owners would get together with someone from the OB Playhouse and start something when the railing is repaired and the pandemic ends.

She fell in love with the amazing pier

Several years ago my mother stayed at the Ocean Beach Hotel and she fell in love with the amazing pier. It was the topic of many conversations that she would have for years that followed. 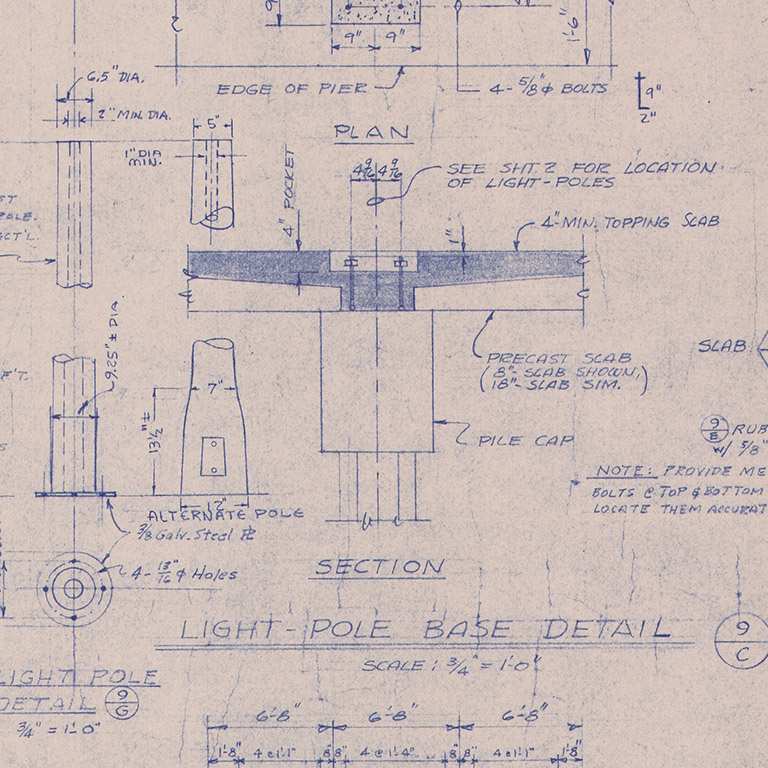 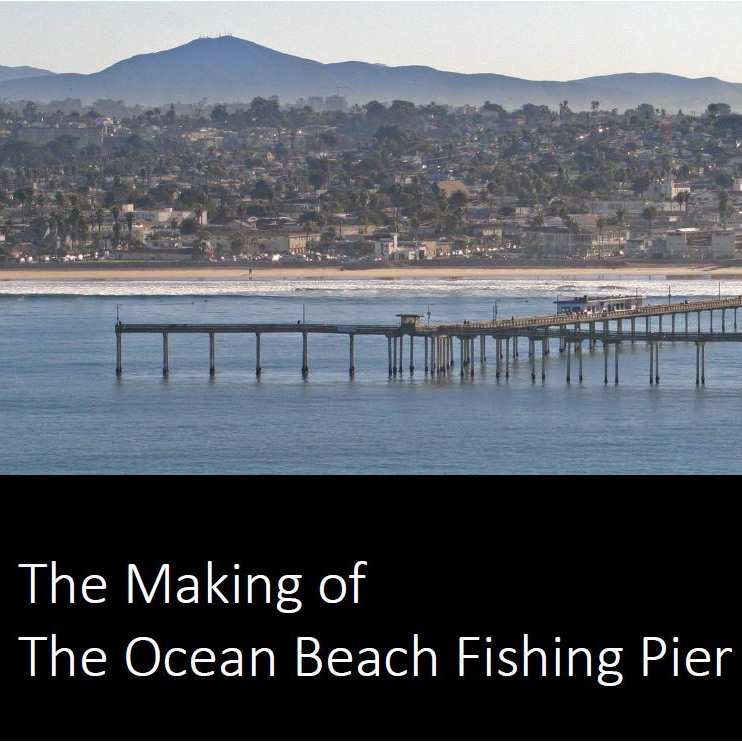 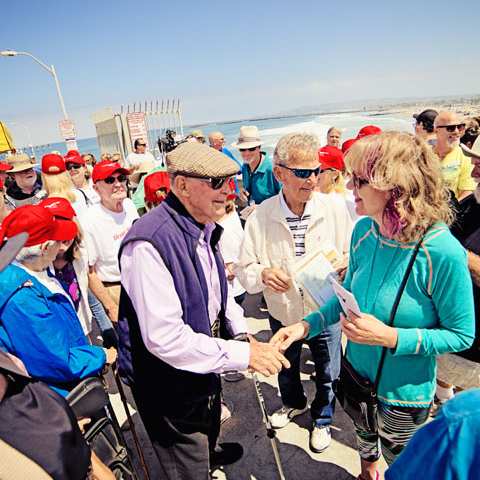 Ocean Beach enjoyed a wonderful OB Pier 50th Anniversary Celebration on Saturday, July 2! Thanks so much to everyone who visited the pier and wished it a happy birthday. 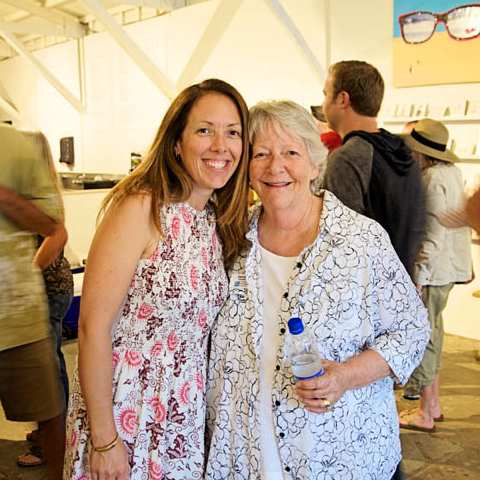 Thanks to Teeter for hosting a wonderful reception for this show celebrating the #OBPier's 50th anniversary. Food was generously provided by Raglan Public House, OB Noodle House Bar 1502. BBQ House OB, Four Seasons Foods Catering, and Mother's Saloon. Desserts were provided by Beach Sweets and The Cravory. Beer was provided by Mike Hess Brewing Ocean Beach. Wine was on offer from Gianni Buonomo Vintners. We were delightfully serenaded by Rock and Roll San Diego and John Tafolla (John's band played the OB Pier's opening celebration in 1966!). Photography by Troy Orem Photography. THANKS SO MUCH to everyone who contributed to this wonderful event! 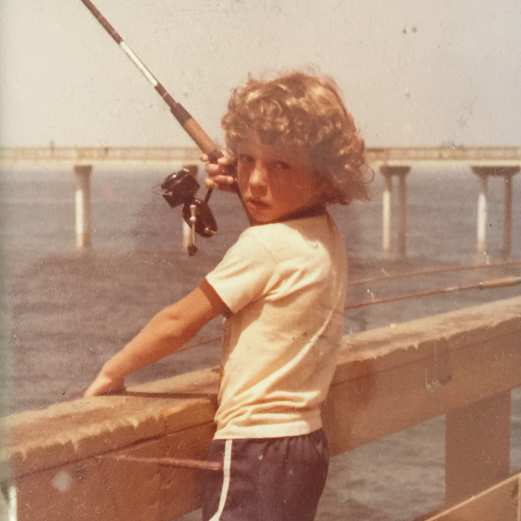 "Nothing but fond memories...." 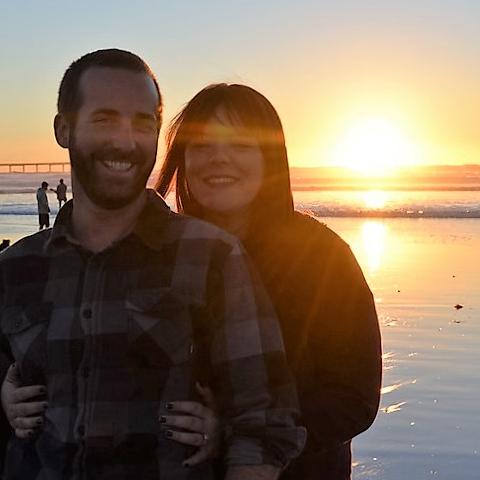 "I'm an OB raised kid and have many fond memories of the OB pier. I have lived in various places around OB and still call it home at 30 years old. Catching sharks at night with my dad, watching sunrises and sunsets and late night strolls. The best memory I have, is my high school sweetheart proposing to me..." 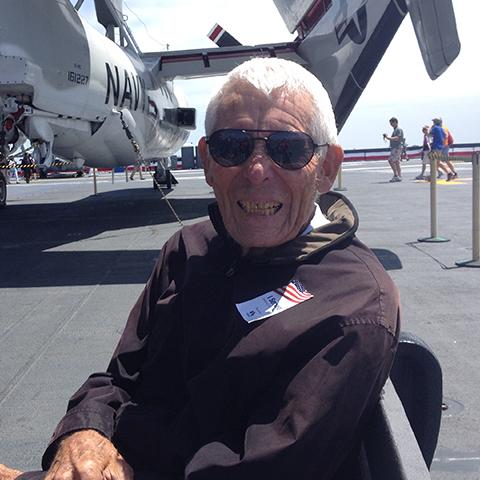 "Being a mailman, on my day off and Sundays I watched the pier being built. Shortly after the completion of the OB Pier on a weekend-Saturday night- at midnight, a young man who had been drinking..." 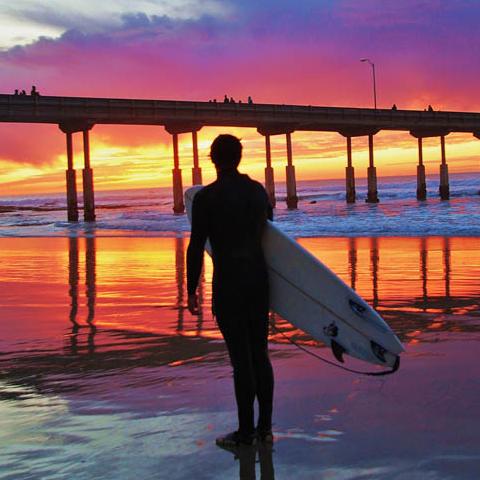 Best Days of My Life 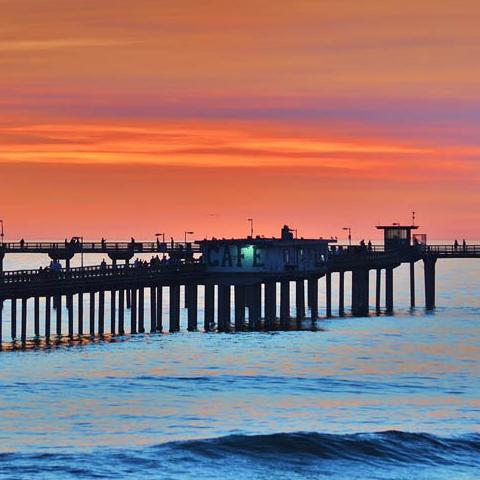 "I came to OB in Feb. '71 w/o knowing anything about San Diego. My then-husband and I bought a newspaper and saw ads for agencies to help one find a place to rent. We went to one, and he had a big map of the city on a wall, and he pointed out with a big pointer, the different areas in SD. He pointed to one area and said 'this is where the now-generation is living', and we liked that..." 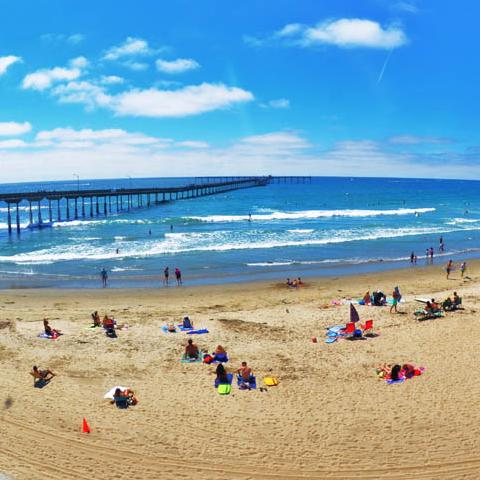 And So Our Vacation Begins

"The 1st time I came to California, the 1st beach I visited was Ocean Beach, & I fell in love forever. I loved the hustle & bustle of everyday living at the beach. My favorite street is Newport Ave & I love the Sunset Cliffs area. Ocean Beach is the greatest, people are friendly, there's always something interesting going on, & the Sunsets are spectacular, love walking on the pier..." 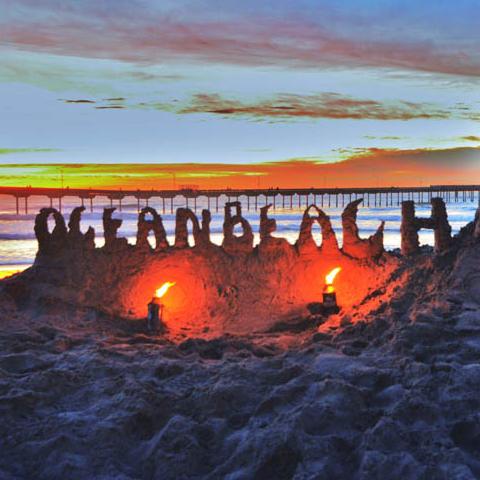 "My family moved to Ocean Beach 56 years ago, when I was 6. We lived on Abbot Street when the pier was being built. I remember by the time I was around 10 or so, I would leave the apartment in the morning during the summer and didn't have to report back home until 'the street lights came on'! What a great time to be a kid who loved to body surf. When the pier was completed I was 12 with a 15 year old attitude..." 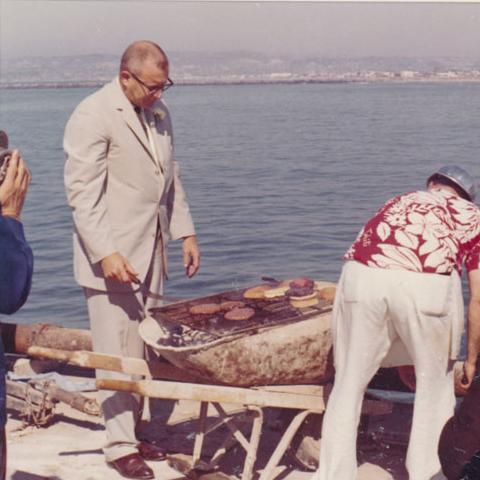 Working on the Pier

"The pier afforded me my first job at the age of 16 as a tram driver. I worked ferrying sightseers and fishers from one end to the other the summer the pier opened. It was a great first job being outside and able to socialize with all the people..." 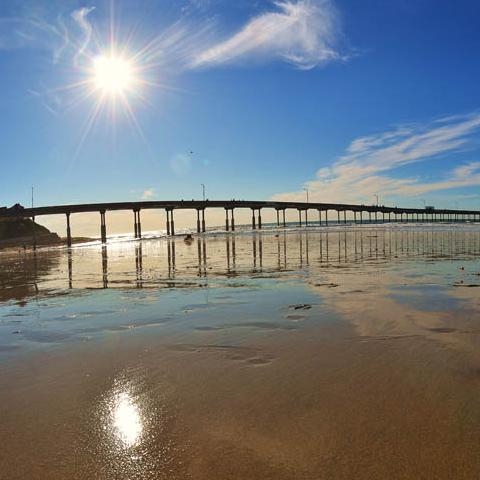 "My friend, Michael, took me to the pier and we walked and talked while we shared stories, thoughts and ideas one sunny October day. It was a great afternoon that started at the local co-op, Ocean Beach People's Organic Food Market with lunch and shopping. We got to see the many pier views and sights, and came to know each other..." 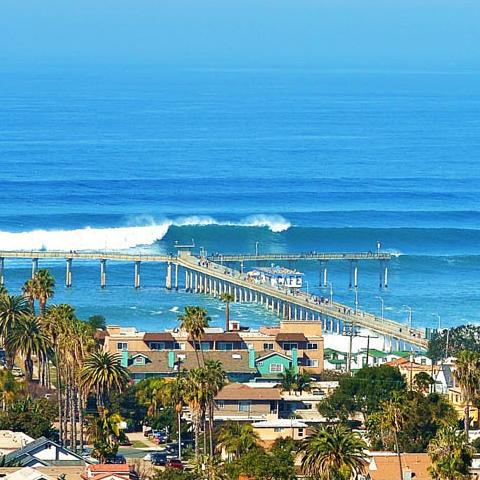 Living on the Pier Block 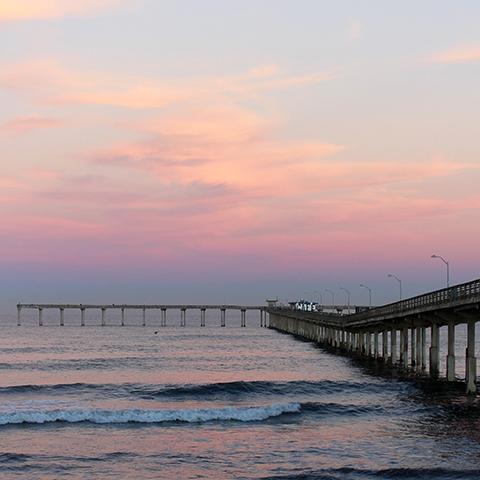 "My 'story' is quite simple: I love starting my day with sunrise walks on the pier..." 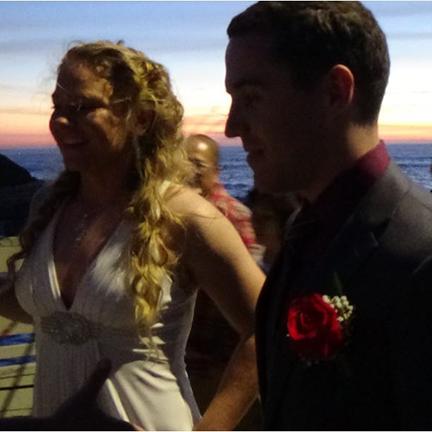 Joshua Adam Parsons and Corie Ann Parsons were married on the OB Pier in October 2015 following a dancing flash mob performed by local fun-loving folks. When asked why they selected the OB Pier as the spot for their nuptials...