Working on the Pier 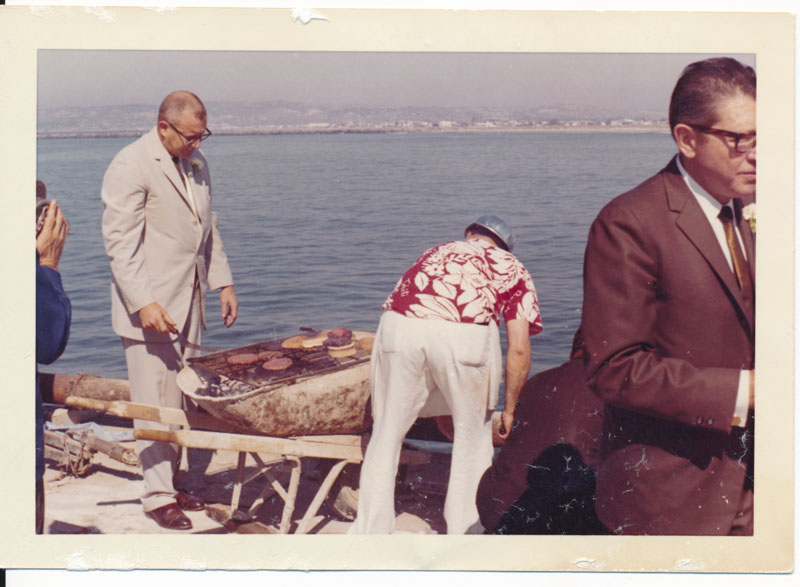 The pier afforded me my first job at the age of 16 as a tram driver. I worked ferrying sightseers and fishers from one end to the other the summer the pier opened. It was a great first job being outside and able to socialize with all the people. I wish I had pictures.

Mr. Tom Ham, the owner of the Bali Hai Restaurant on Shelter Island, had the concessions on the pier and opened the Sea Dawg. My Mom, Gladys (Vi) Roper worked for him at the Bali Hai and after she finished her shift there, would work another shift at the Sea Dawg. It was long hours but a fun time.

(Photo courtesy of Teyssier & Teyssier, contractors for the OB Pier. Tom Ham borrowed wheelbarrows from the contractors to use as makeshift grills for a pier preview gathering before the pier cafe was completed in 1966.)