Predecessors to the OB Pier

The OB Pier at the end of Niagara Avenue was not the first attempt at creating a fishing spot in Ocean Beach. Prior to the pier's opening in 1966, OB boasted two other structures that stretched into the water and provided (or tried to provide) a location for fishing: the Mission Bay Bridge and the Del Monte Avenue Pier. 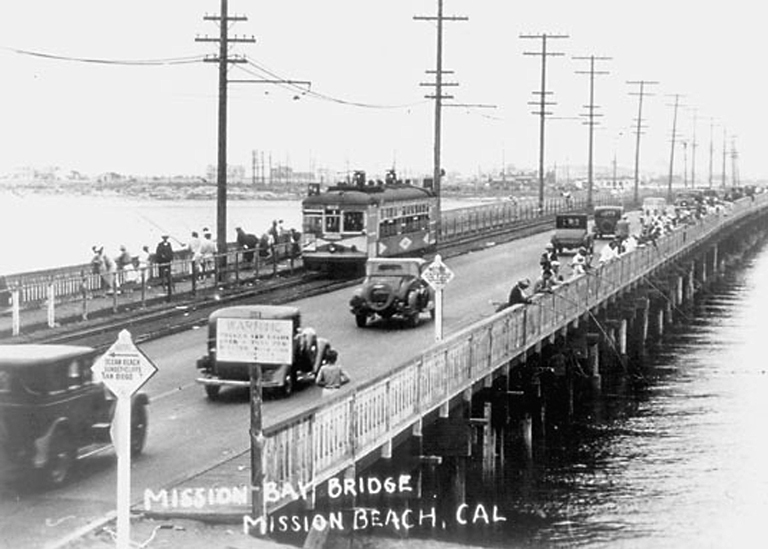 According to Beach Town by Ruth Varney Held, the fishing bridge that opened in 1915 "stretched 1500 feet from the north end of Bacon Street in Ocean Beach to the tip of the ribbon of sand dunes that was to become Mission Beach." (Dog Beach, now located at the north end of Ocean Beach, was not put in place until the late 1960s.) The bridge was designed for trolleys and automobiles, but it featured wide sidewalks that provided a comfortable place to stand and fish. Safety concerns and issues with flood control eventually resulted in the bridge becoming derelict and ultimately demolished. 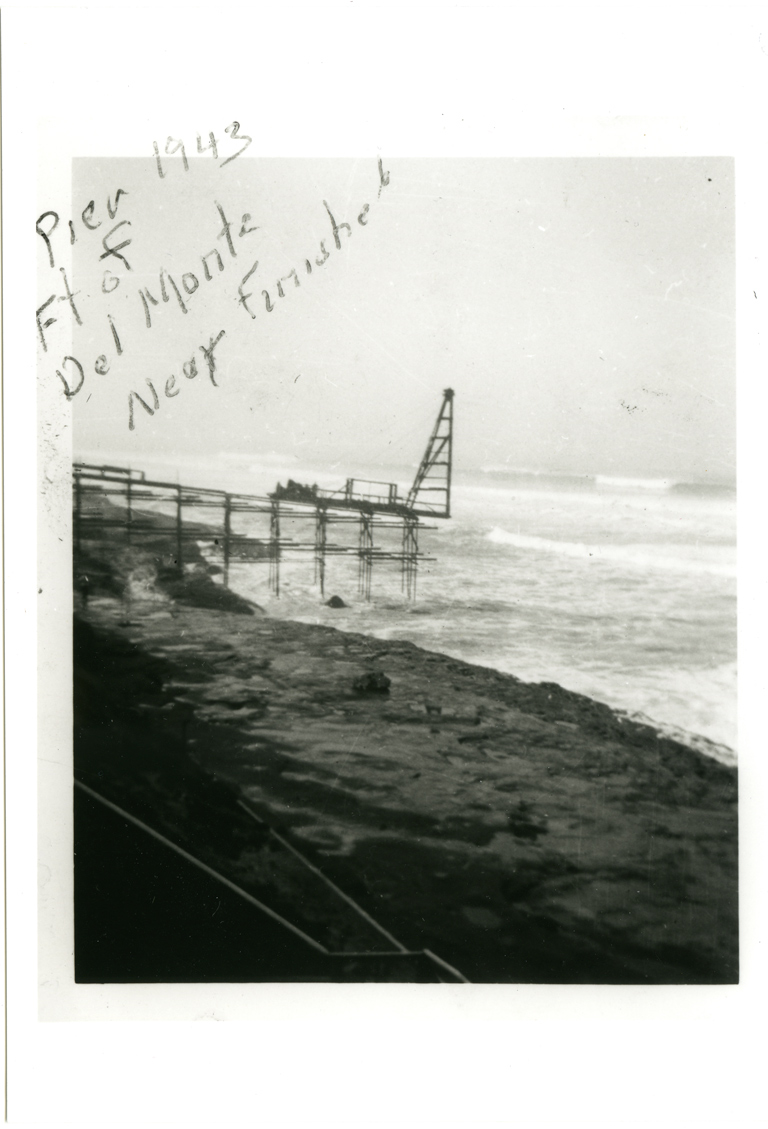 Construction began on another fishing option -- a steel pier at the foot of Del Monte Avenue -- in the early 1940s. Due to World War II steel shortages, construction was halted, and the pier was never completed. 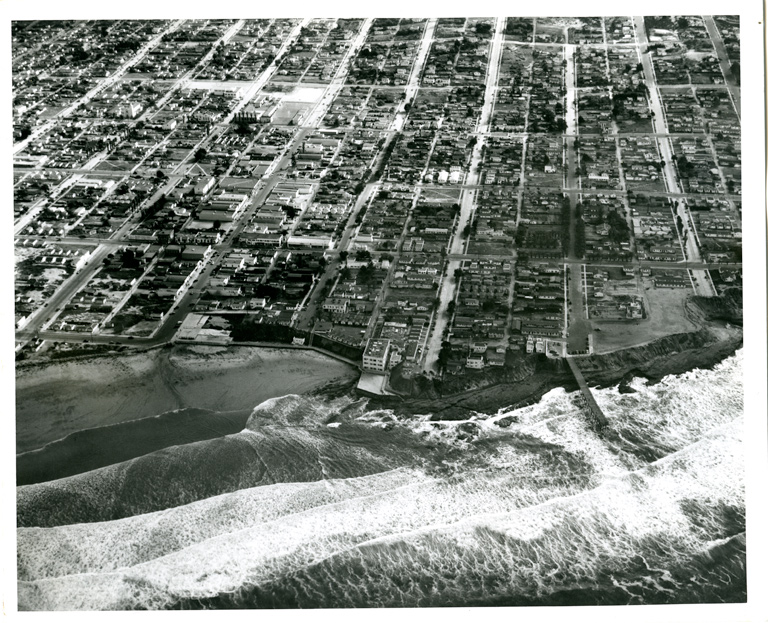 The partially completed pier at the end of Del Monte Avenus is visible in the lower right-hand corner of the photo above. Thanks to Ocean Beach Historical Society for sharing these images!