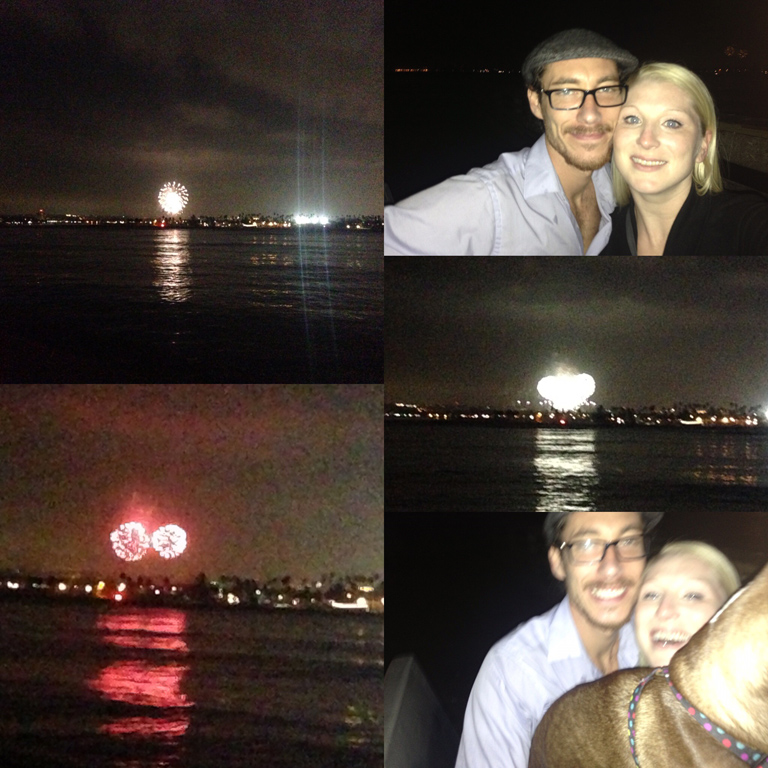 On September 19th, 2013 my husband proposed to me at the end of the pier.  It was about 9:30pm and we strolled along the pier, under the full moon, until we reached the bench at the very end, where we had sat years earlier and decided to move to San Diego. We sat there laughing and talking, watching the moon dance on the waves. We could hear the bagpiper, who often plays on the streets in OB, play sweet songs to the night. Once my then-boyfriend finally got enough courage to ask the big question, I already knew what it was. Of course, I said yes and flung my arms around him as tears streamed down my face. At the moment we embraced, fireworks started to go off in the distance! My husband and I can assure you that the serendipity and the timing of all the elements to the proposal were NOT PLANNED. We say that the universe conspired to give her approval and bless our engagement. I later called to find out why there were fireworks this night, since it was a Thurs  day night and it was past the summer season that usually has fireworks, and no one I spoke to had any idea why they happened.