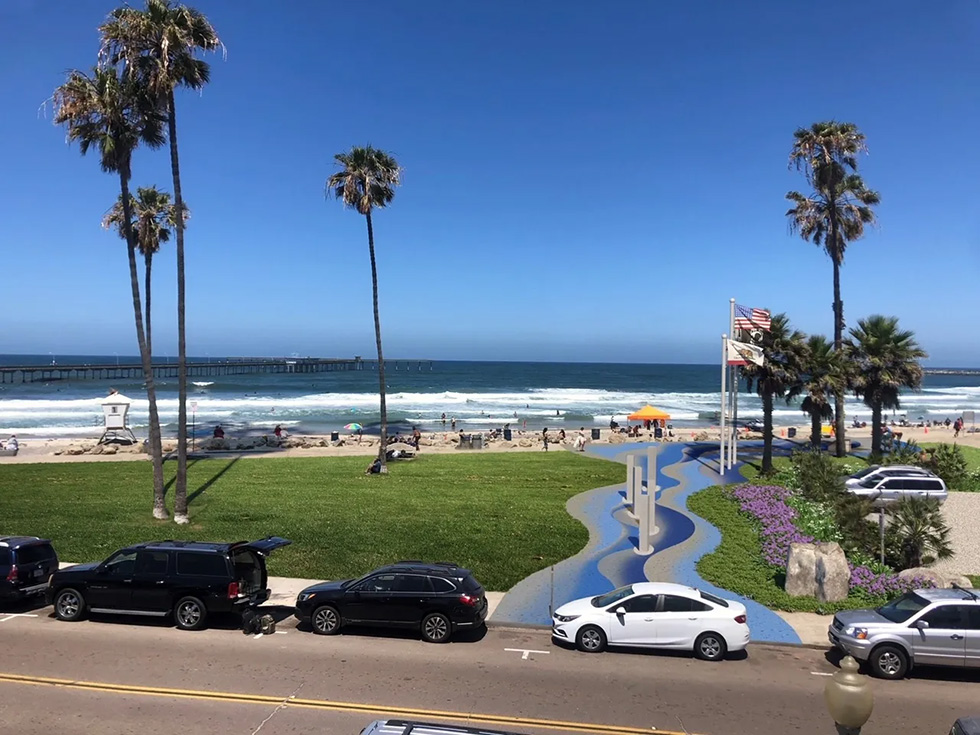 Ocean Beach draws hundreds of thousands of visitors annually, including many military families from all over San Diego. To honor  those who have served our country throughout the years, a group of community organizations led by the nonprofit Ocean Beach Community Development Corp. (OBCDC), along with the Ocean Beach Town Council, OB MainStreet Association, OB Planning Board, OB Womens Club, The Peninsula Alliance, and the OB Historical Society, have set out to build a brand new Veterans Plaza that will last as a place of respect and reverence for our military veterans.

This monument will commemorate the military service of ALL United States veterans and be an indelible walkway of reflection. The plaza hardscape will be treated with a range of blue tones which mimic the sinuous movement of the Pacific Ocean and its waves cresting onto the beach. The columns will be home to the names of military veterans. Three flag poles are also included in memorial. The poles are intentionally aligned with the angle of the Ocean Beach Pier as it reaches into the ocean in the distance.

The project was spearheaded by David Martin, a pillar in the Ocean Beach community and a proud Marine who gave of himself for the betterment of all. Dave passed away from cancer in 2021 before the project could be realized. The Ocean Beach Veterans Plaza is not only a testament to our valued veterans, but a part of his legacy.  We invite you to join in this vision for a beautiful seaside plaza dedicated to the spirit of courage, honor, strength and sacrifice. 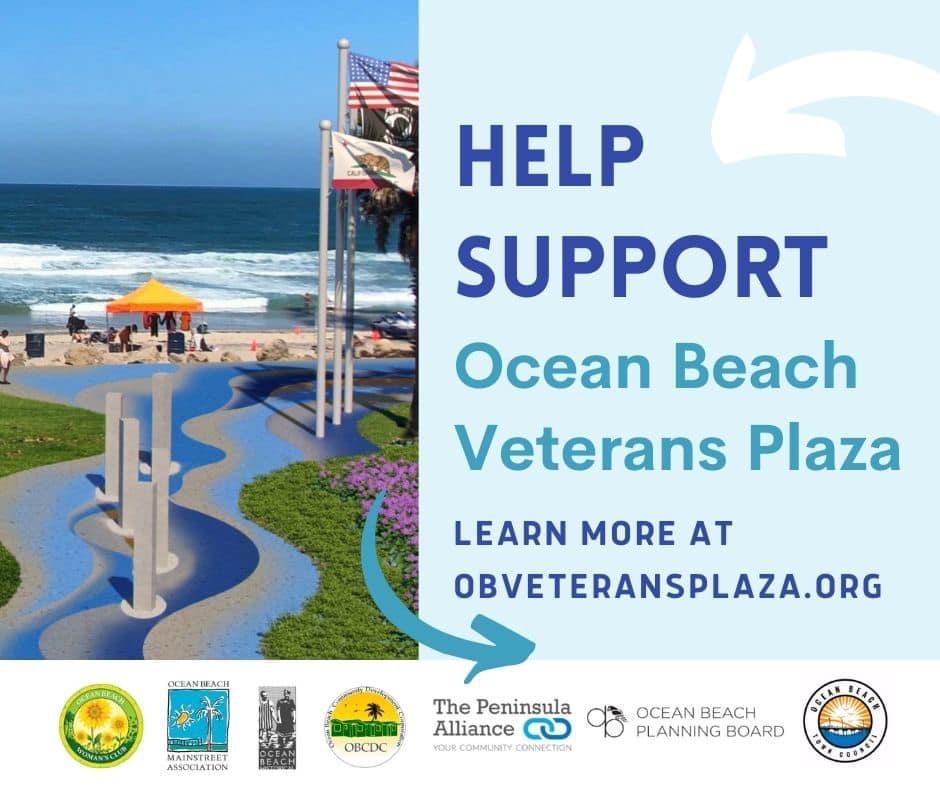