Cape May Avenue Beach has a great location, but it is one of the more quieter streets. The Cape May Avenue Beach in Ocean Beach sits directly in the middle of the long stretch of beach from Dog Beach to Newport Avenue. Since this beach is a further distance from the major parking lots around Newport Avenue and Voltaire Street, this beach is often less crowded on peak days. While Cape May Avenue Beach itself is one of the widest, this beach is used less often than those north and south of it. This is for two reasons, first it is not as accessible without a short, but sandy walk from either one of the major Ocean Beach parking lots or from the street and secondly is the jetty which sits in the middle of the beach and discourages many people who choose to further themselves from the rocks. 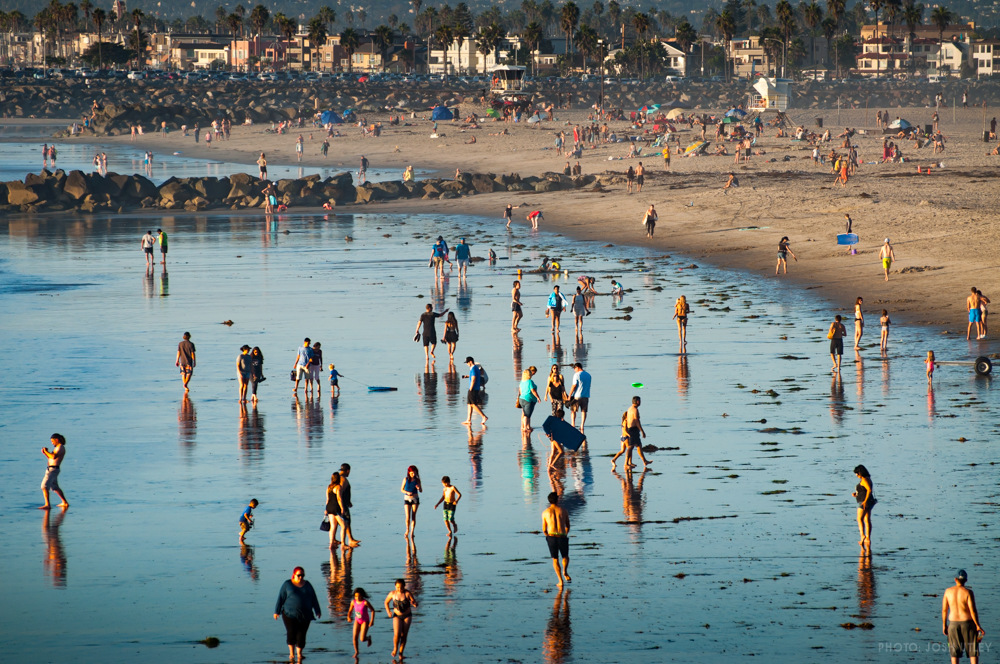